22-23.07 were held Estonian IPO Championships. Judge was Daniele Strazzeri from Germany. There were 5 teams altogether from our club - 3 participated at IPO Championships level and 2 additionally in A-3 trial (IPO-3 level tracking). The results wrere following:

Tõnis & Kaito got also award for youngest dog competing and and Aivo & Tüüp shared the prize for best protection with another dog with equal points. Congratulations!

Congratulations to all successful teams!
Photos form B and C parts can be seen under Photos.

On July 9th Estonian Dobermann Association held their FH Championships, judge Urve Lageda. Anu and Hundu competed at FH2 level and achieved truly excellent result - 98 points that gave them 1-2. place among 8 teams. Congratulations and we hope that the rest of the tracking season will turn out as good! 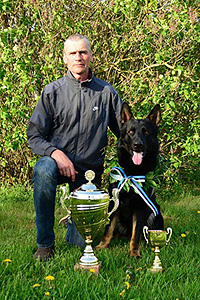 On May 13-14th Estonian German Shepherd's Association (ESLÜ) organized IPO competition, judge was Frederik Steen (Sweden). Tõnis and Kaito had their first start at IPO-3 level and did so well that they won! The IPO-3 result together with result from working class in main GSD speciality show gave them also Universal Sieger title 2017! Right before the show Kaito also passed breeding survey (EST-1). Congratulations, great job!

Video of part C can be found at Kaito's page. Photo: Agle Oissar

This year the IPO season started early - Aivo with Tüüp and Taivo with Ruudi participated in FMBB IPO World Championships in Halle, Germany. As we had cold spring and lots of snow, getting ready to compete was clearly not an easy task. During the performances there were nice exercises and also some smaller/bigger mistakes. We are happy and proud that both teams got lots of experience and also results from all disciplines. Estonian team placed 12th (there were 141 competitors from 39 countries). Congratulations! 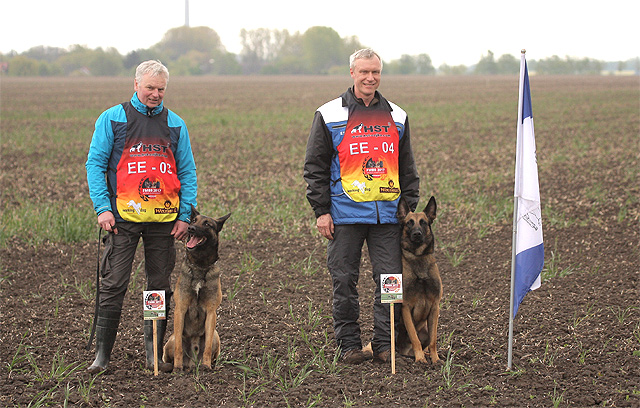 As the season of 2016 has ended the time has come to make summaries and honor the best ones. Our members were successful once again:

Estonian Kennel Union's awarded best sportdogs and handlers of 2016 and in IPO category we received: 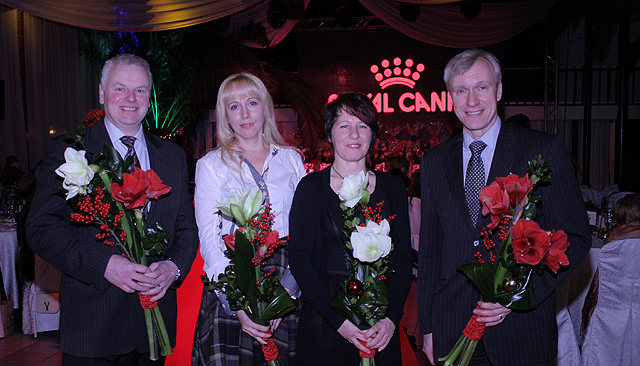